Microsoft made its Edge browser for iOS available to all iPhone users back in November, promising at the time that tablet support would arrive in the future. The software maker is now updating its Edge iOS preview app to include iPad support today. I’ve had a chance to briefly test Edge on iPad, and it’s largely what you’d expect. Microsoft has scaled up the interface for the larger screen on the iPad, and features like “continue on PC” remain, alongside options to change from a light to a dark theme.

It’s a rather basic iPad app, though. Microsoft hasn’t included iOS 11 split screen support, so you can’t run the browser alongside another app. That’s disappointing, but it’s still in preview so that support may arrive before the browser is released for all iPad users. Microsoft still isn’t supporting tab syncing between a Windows PC and the iPad or iPhone versions of Edge, but the company did previously promise it’s working on such a feature. 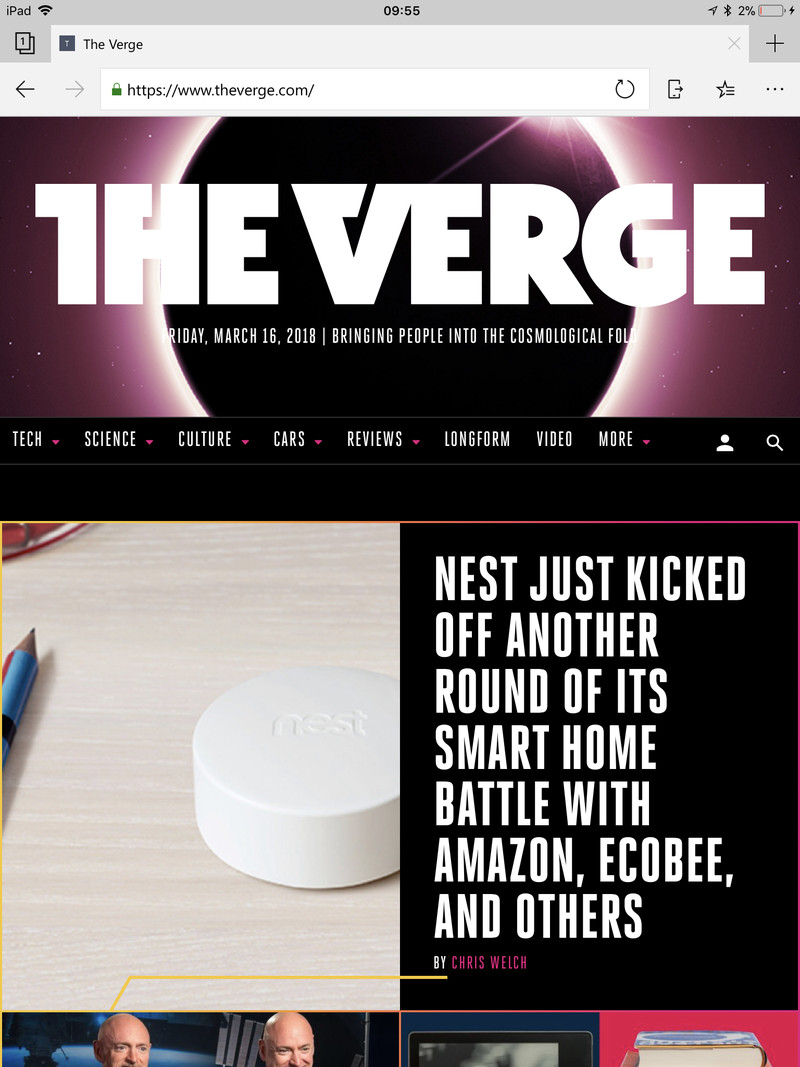 Xbox Series X ports exposed in new photo leak – but could the design change before launch ?

Microsoft offers $250,000 bounty to prevent the next Meltdown and Spectre CPU flaws